So been a very hectic week this week as it always is two weeks before Christmas. On Monday I was lucky enough to be given the opportunity to go to Bonus Arena in Hull to see Love Actually with a live Orchestra. And what made it even better was that I got to go with my best friend and Youtuber Beccar (her channel) So we decided to go to Princes Quay and grab a bite to eat before the show. 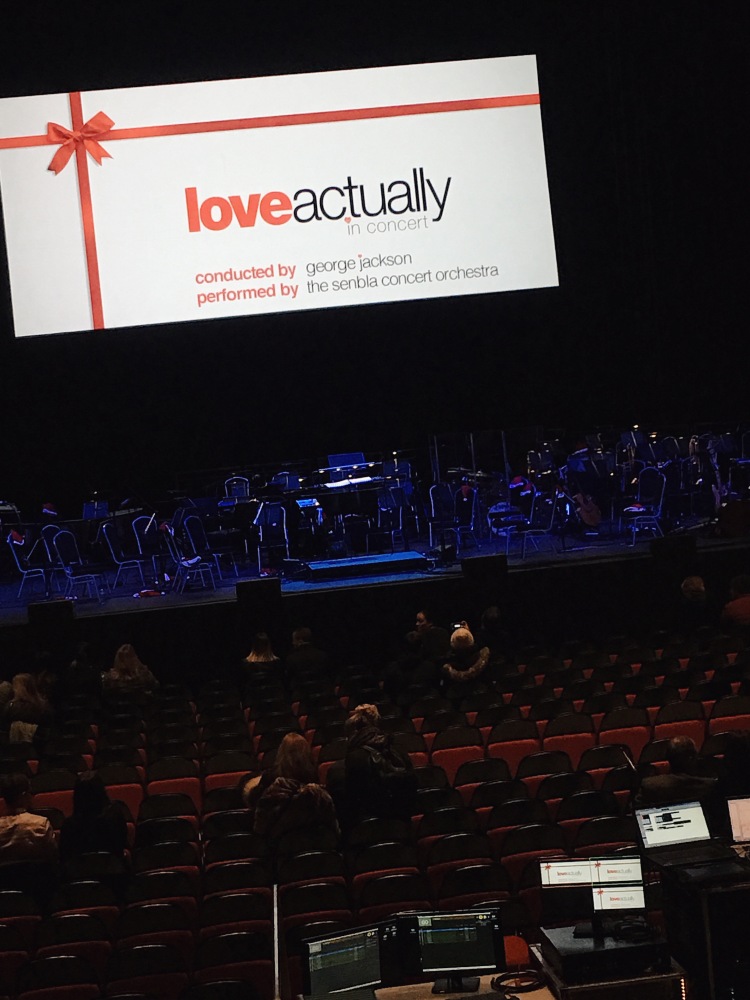 We parked up in their carpark and headed for a Nando’s in Princes Quay. There are some great options for places to eat but Nando’s was our choice for this evening. It’s also worth noting we took some fab photos in Princes Quay (including Beccar on a big red chair!)

So onto the event itself, we arrived at six thirty and after a very wait in the queue we were in and able to get our drinks ready. I must say I do think the food and drink prices are very reasonably for an Arena. There were lots of staff around to help us to our seats as we got comfy and waited for the show to begin!

Now I have never seen an orchestra play live before and I can tell you it was incredible. I myself am not musical in the slightest so anyone who can play an instrument is ridiculously talented to me. They had closed have of the Arena off so it felt really intimate. Having a live orchestra playing was so effective and it seamless. They have done other films with an orchestra in the past and I must say now that I have seen one I would definitely go see others if given the opportunity.

Absolutely… it was an event I wouldn’t have previously considered, but since going I will be keeping an eye out for any others that might crop up. The staff were friendly and helpful and  as a previously mentioned the prices were reasonable.

Did you go on the Love Actually event? Have you been to Bonus Arena?

*this event was gifted to me but my opinions are my own.

Hello Lovelies,
Im Lizzie, a twenty nine year old living in Hull with her Fiancé. I am a Full Time Early Years Teacher and Blogger. I created this space to express my creativity and show my love of fashion, teaching and chat about my life and all the ups and downs that come with it.